The Yard is Taking Shape

In the Spring of 2016, Pentegra Systems began installation of the Audio and Video infrastructure for the new flexible theater at “The Yard at Navy Pier” for Chicago Shakespeare Theater.

Preparing to open in the Fall of 2017, “The Yard” is indeed taking shape as explained in the article below recently featured in the Chicago Tribune by the Tribune’s Chris Jones.

The Yard is Taking Shape 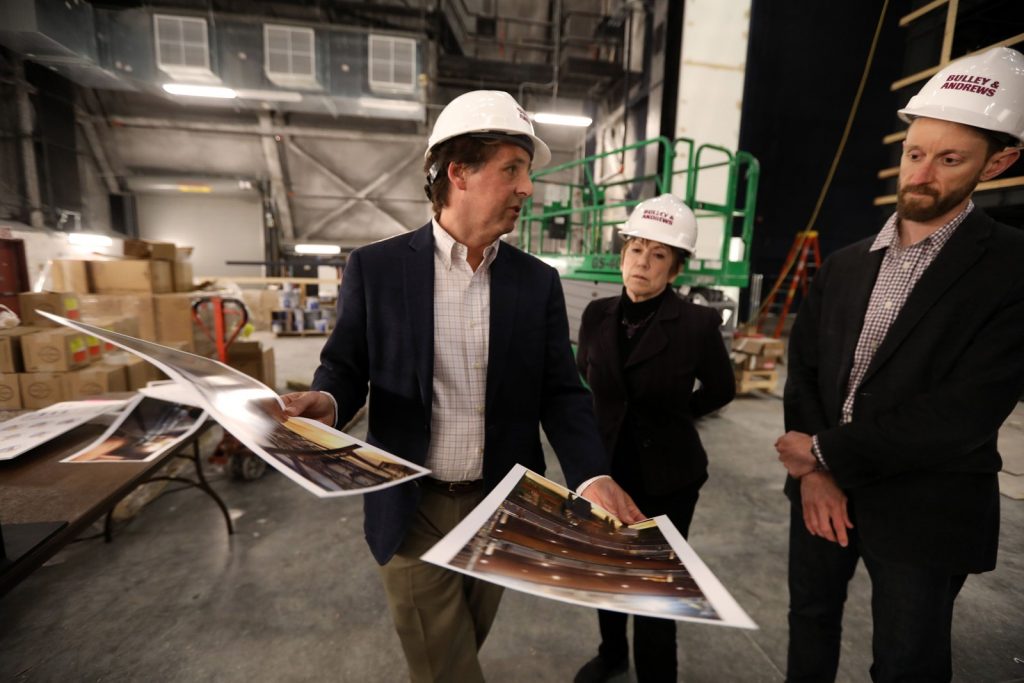 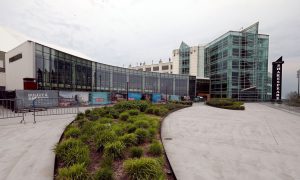 If you measure a theater by the size, scope and versatility of its physical buildings, then there can be no reasonable doubt that Chicago Shakespeare Theater has just vaulted to the summit of Chicago theater companies.

The game-changer for CST, a long-established company that first took up residence on Navy Pier in 1999, is the impending opening of The Yard, a new, flexible, indoor theater built for about $35 million in the guts of the defunct Skyline Stage, a brutalist, wind-swept, ill-sized outdoor venue that found popular programming increasingly elusive as competition grew, and that no one will miss.

The only thing that worked about Skyline Stage was its white, tentlike roof, which has been retained for The Yard, even though the canvas now will sit atop an indoor theater, not rows of seats exposed on a promontory.

That decision served several useful functions: it saved time and money; it dealt with the challenge of building a theater atop a parking garage (Navy Pier was not about to give up its parking revenue); it allowed for some visual continuity; and it forestalled any arguments of the effect of a new exterior on the oft-vociferous residents of Lake Point Tower, who overlook The Yard.

CST was able to tell them that what they see from their windows was not going to change — at least until the theater adds to the color of the view by using the roof as a surface for artistic projection.

The first production in The Yard (the Chicago firm of Adrian Smith +Gordon Gill is the architect of record) won’t actually be until the fall, and the programming therein is light for the first season, but some 500 supporters and benefactors of Chicago Shakespeare will get their first look inside the new theater June 9 when they watch Jessie Mueller and Heather Headley, both Broadway stars with strong connections to Chicago, shake the dust off the construction site.

Executive Director Criss Henderson said that $35 million already has been raised (Navy Pier kicked in $15 million), though the theater still has about $7 million to go as part of a $55 million campaign, also designed to ramp up programming.

The Yard, Henderson said, will become the new home of the theater’s extensive educational and family programing, and, of course, for a variety of other work. Interestingly, he said he still sees the existing Courtyard Theater as the flagship venue on this growing campus.

For years, arts professionals in Chicago have been bemoaning the lack of a venue with roughly 1,000 seats, a capacity that falls below Broadway in Chicago’s major touring houses downtown (and the 1,525-seat Harris Theater for Music and Dance) but that still is large enough to offer meaningful capacity and box-office returns to a producing agency of national stature.

The Yard would be that space — although don’t look for Chicago Shakespeare Theater, a vociferous and competitive producer of international work, to open it up for rent anytime soon.

As a new addition to Chicago’s portfolio of performance spaces built without a traditional fly tower, The Yard will succeed or fail based on the efficacy of its dominant feature — nine independent towers of seating that can be moved into a dozen configurations, depending on the needs of the production.

These multilevel towers — an invention of the British theater design firm Charcoalblue and that can be merged or pulled apart to create proscenium, thrust, alley and arena-style seating — are imposing structures with HVAC hookups, speakers, sprinkler systems and the usual audience padding.

They’ll be accessed from three levels, depending, of course, on where you are seated. And each configuration will change the capacity, and thus the level of intimacy, of the theater. The area with the towers is welded onto a renovated version of the old Skyline Stage stage house (which was always indoors, of course, and includes dressing rooms). But you cannot easily discern the joint.

The selling point of the towers is their ease of movement. At a recent hard-hat tour of the new theater (which you will reach down a linear lobby lined, like a Boeing 787, with electrochromic glass), I watched a couple of workers demonstrate how to lift one of them via a portable hydraulic system that sends the edifice scooting with ease across the floor, not unlike a hovercraft.

Artistic director Barbara Gaines was watching too. “It’s priceless,” she said, “for an artist to have such flexibility.”

It’s hardly unusual for a theater to build a flexible space — the Owen Theatre at the Goodman and the Upstairs Theatre at Steppenwolf are examples of venues that can be used in a plethora of configurations.

But the devil tends to be in the ease (or lack thereof) of transformation, especially in houses that use union labor to shift hefty risers, platforming and seating units. Flexibility typically comes at such a cost that budgets often mean such spaces get stuck in one use for an entire season or more.

At The Yard, CST director of production Chris Plevin explained, the towers that define the perimeter of the artistic space will be more akin to scenic elements (the large structures that you often see used as part of the morphing setting for a big musical or a Shakespearean extravaganza).

Those structures are always built to be no more hefty than needed and must be designed to make fast entrances and exits. Plevin argues that if a similar mindset and vocabulary is assigned to where the audience sits, and if a theater can change its shape and identity in a matter of minutes, then the creative possibilities vastly are increased.

“It will be in the spirit of a found space,” Henderson said, referencing a common performance buzzword that suggests the work is in charge of the space, rather than vice versa.

In some ways then, The Yard will be a pop-up theater for our new gig economy — or, perhaps more accurately, a huge black-box shell in which any number of different kinds of playing spaces will be able to pop up, and then pop back down again, cheaply and quickly.

For more about “The Yard at Navy Pier,” check out this short illustration video showcasing what this exciting project will look like upon completion.